How Contact and Tourism Guide Our Understanding of Pacific Natives

Exploring the cultures of the indigenous peoples of Oceania and the of colonization and tourism. a 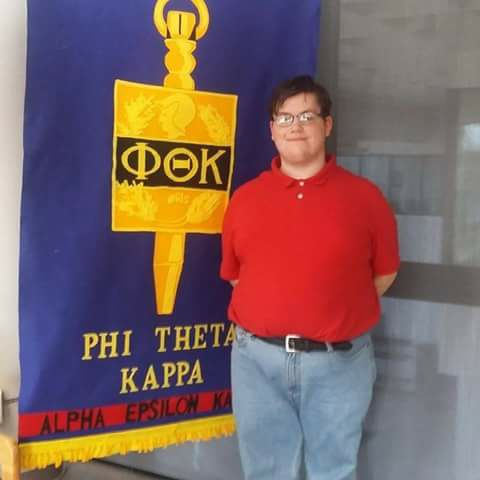 Pacific Island culture has for centuries been portrayed through various media by Western artists old and modern alike. What do we glean from this? Does this truly satisfy our desire to understand and appreciate Pacific Island Culture? Or does it diminish its value?

The aim of this project is to explore the effects of early Western contact in the Pacific and the modern impact of tourism. How do Pacific economies fare from this? What have we learned from visiting the Pacific?

This blog page will provide an interactive experience through examples and imagery as we discuss the importance of contact and tourism in the Pacific Islands. We'll begin by exploring some examples of cultural appropriation, and then we'll explore some valuable lessons learned from early contact and tourism.

Now, for just a moment, let's move the clock back a few tens of thousands of years ...

The first inhabitants of the Australian continent arrive. The collective indigenous peoples of Australia and their descendants are today known as Aboriginals (or sometimes called Aborigine) c

What and where are the Whitsundays?

The Whitsunday Islands are a small archipelago off the northeastern coast of the Australian state of Queensland.

The following is a map of the Whitsunday Islands. The map is interactive (courtesy of Google Maps), so you can pan and zoom around in the map at your pleasure.

This is when some British ships traveled to the British Empire's new colony of New South Wales, which would later be called Australia (today, New South Wales is a state on the Pacific Coast of Australia, south of Queensland and north of Victoria).

According to History.com Editors, they were a fleet of 11 ships, commanded by Captain Arthur Phillip of the HMS Sirius. New South Wales was first chartered as a penal colony in 1786, and these ships were delivering the first convicted felons sentenced to exile to this colony by the British Empire. Captain Phillip was commissioned to establish an agricultural work camp for inmates there.

In 1818, the 30th anniversary of British settlement in Australia, this date became known as Australia Day, a federal holiday commemorating the day it became a sovereign country. Aboriginal Australians today refer to this day as "Invasion Day". 4

That was quick. Let's get back to present day.

In the last 233 years at the time of writing, we have learned a lot about indigenous culture in Australia. One cultural event that iconizes Australia's Aboriginal population is that of the Ngaro people, who hail from the Whitsunday Islands. This event is known as the corroboree.

Hayward describes the corroboree two ways: as 1.) "traditional, sacred ceremony, often restricted to a particular group", and 2.) as a "topical, inclusive community occasion" which involves communal chant and dance in celebration of some event. The corroboree, as Hayward argues, aims to prepare the audience for the culture shock yet to come in later performances, as well as to demonstrate the performers' perceptions of Euro-Australian cultural assimilation prior to the performance. 3 & 7

But, Jeff, why is this important? Well, I think it can be argued that we wouldn't have any knowledge or understanding of the corroboree without contact in the Whitsundays. This applies to all other parts of the globe where settlers discovered indigenous customs and cultures unique to those respective areas.

As a sidenote, a person of prejudice and malice toward a member of an indigenous people may consider the Ngaro people, much like the countless indigenous tribes scattered across Canada, the United States, and Mexico, to be something of a broad collective of "backwards savages" based on mere minutes or even seconds of watching the behaviors of tribesmen performing their customary rituals, because such prejudiced people lack the understanding and sense of appreciation for those people's customs and cultures. A member of one such tribe may even reciprocate these notions about the Western world based on the behaviors of, for example, Americans out in public, at restaurants and bars, or in other settings in which they may be considered rude, abrupt, or abrasive toward others.

Watch the following video demonstration of a corroboree.

Think critically: What are some common examples of dance festivals that take place in our own lives? Is the corroboree a truly unique event? Does it serve a similar purpose to Western celebrations?

What is "cultural appropriation"?

According to Cambridge Dictionary, cultural appropriation is "the act of taking or using things from a culture that is not your own, especially without showing that you understand or respect this culture" . 2

The following are some examples of what may arguably be cultural appropriation.

The following is Bing Crosby's Mele Kalikimaka, which is titled after the Hawai'ian translation of the phrase "Merry Christmas".

The following is a clip from the 1951 episode of "Tom and Jerry" called His Mouse Friday, where Jerry is dressed as a member of a tribe portrayed as cannibalistic. Later in the clip are shown a tribe of men (with extremely dark skin, exaggerated features, and stereotypical dress) who chase after Tom in order to eat him.

How can we learn to better understand and appreciate Pacific Island culture?

As mentioned, imagery that appropriates from other cultures does not truly teach us about those cultures, nor does it guide us to better appreciate them. Some may argue that it simply mocks them or creates a stigma about them that paints them in some negative light.

Fieldwork is an effective way to learn about and appreciate exotic cultures, especially those native to the Pacific. It allows one to become personally connected to that culture, as in the case of George H. Schoemaker, author of the book The Emergence of Folklore in Everyday Life: A Fieldguide and Sourcebook, who used various means of collecting data about foreign cultures, such as conducting questionnaires, interviews, and sessions of observation. 5

This all sounds boring though, right? I mean, who wants to spend beaucoup amounts of time studying and recording when there is so much to see and take in by means of tourism? It can be argued that tourism is more practical because it could garner greater interest in a larger crowd. Does it help people to develop a sense of empathy and cultural understanding?

Ruth Terry from National Geographic argues that this may not necessarily be the case. While the World Tourism Organization describes tourism as "a vital force for world peace [that] can provide the moral and intellectual basis for international understanding and interdependence", and at the same time generate needed revenues for developing economies, Stephen Wearing notes that "[t]ourism perpetuates inequality, with the multinational companies of the advanced capitalist countries retaining the economic power and resources to invest in and ultimately control nations of the developing world ... In many cases, a developing country's engagement with tourism serves simply to confirm its dependent, subordinate position in relation to the advanced capitalist societies–itself a form of neo-colonialism." 6 & 8

I think it is important to learn to understand and appreciate culture from travel, or, forbidding that, through proper study and research, rather than to glean small tidbits of information about those cultures from cartoons and music made by artists who likely have not traveled there or studied the cultures in question.

And so, as I conclude my final thought piece, I would like to acknowledge that, as of writing, it is Asian Pacific American Heritage Month.